On September 2 the time came for me to say good bye to my family in Serbia and come here to Vienna to see my very good friend Nina and her family. Nina and I met in Cuba when I travelled there for my 16th birthday and we have been good friends every since. When I arrived at Tesla Airport in Belgrade with Vesna, my other cousin, we checked my bag and went upstairs for a coffee. I had to pleasure of being amused by a group of bikers from Germany who couldn’t figure out how to pay for their food with the Serbian Dinar (they are accustomed to the Euro). After passing through security, I decided it would be nice to buy a bottle of local wine for Nina’s family. They enjoy these kinds of cultural things. So I picked a nice red wine from 2009, can’t remember the name of it now unfortunately. Upon my arrival in Vienna, I took this bottle of wine with me to get my baggage from the conveyor belt, and someone decided to slam into me, and the bottle of wine broke into two pieces. I left it on the side of the hallway against the wall, and I am sure it made a huge mess. It is possible that my face is stuck to the walls of the airport now and I will be caught when I go back for a flight. Fortunately I am leaving the country by train.

Austria belongs to something called the Schengen Area. This area is made up of 26 European countries that together form a large mega state. When travelling between the countries in the Schengen Area, there is virtually no border control. Access to this area with or without a visa depends on the travel documents you possess. For Canadians and Americans, travel within this area is capped at 90 days within a six month period, at which point you would need to obtain a tourist visa to remain in the area, or leave the Schengen Area for six months before returning.

Austria comprises of nine states, Vienna is one of them. This city is the capital of Austria with a population of about 1.7 million in the main core, and 2.5 million in the metropolitan area (think of our city of Toronto versus the Greater Toronto Area). The population has increased with the influx of immigrants from Eastern Europe and Turkey. Vienna has 23 districts, I stayed with Nina in the 18th. Getting to the centre wasn’t hard at all. I took one tram to Schottentor station which is on the Ring, and is walking distance from all the sights. The transit system is more intricate than ours in Toronto. It comprises of 4 subway lines (U-bahn) and the multiple lines that circle the city (S-bahn) and trams and buses that can get you anywhere. There are many ticket options such as single ride, 1-day, 2-day, 3-day, week pass, 8-day, month pass, and year pass. And it costs a fraction of what we pay in Toronto for a system that doesn’t work. I absolutely love the transit system here, and I know you will too. 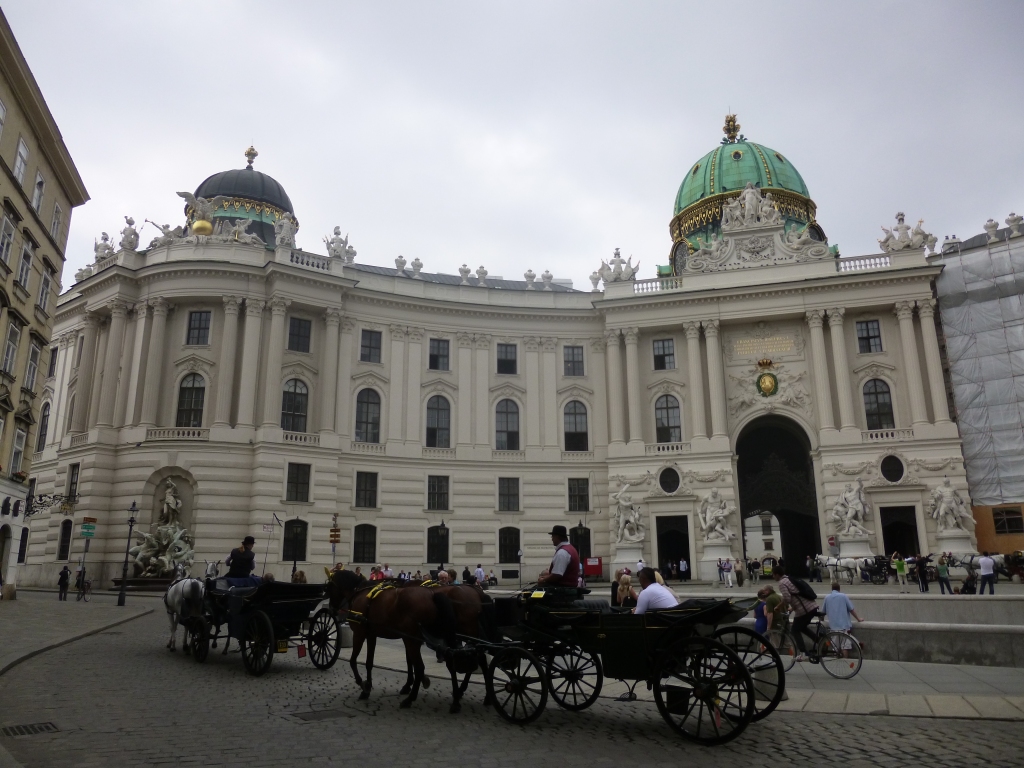 I have been to Vienna before, so this time around I didn’t have to do the sightseeing stuff. Every day I would head to the centre to walk around, look at the architecture of the buildings, and watch the people. Thousands of tourists come to this city every year. My first day I got completely lost at Stephansplatz, which is a huge pedestrian zone surrounding Stephansdom, the largest Gothic church in Vienna and also the tallest building in the old city. This area also has many shopping options with all kinds of luxury stores to choose from, if your wallet can handle it of course.

I need to make a note about European banks. Generally, most Canadian banks, if not all, belong to the PLUS network and you can withdraw money abroad for a very low fee or maybe even for free. In Serbia I had no problems finding banks that are part of PLUS, but Austria is an entirely different story. I was only able to find the network through the Bank of Austria. Luckily this bank is everywhere (literally) so withdrawing money is much easier.

On Tuesday I had the pleasure of going to Nina’s parents’ house and having palacinke or crepes made by her mother. We have this food in Serbia as well, and I have noticed during this past week that a lot of the food is the same, just made a little differently. But in my opinion, the Serbian versions still taste better.

I did go out a few times during my stay in Vienna and I will describe a few of the places in case you may want to check them out when you visit this city. I went to a restaurant in Naschmarkt, which is a market south of the Museum Quarter in Vienna. There I ate at a restaurant called doan, and I ordered the Exotic Salad, which actually was fantastic. This area is very lively and smells fantastic from all the goods on sale. Another night I went to the University campus to a bar called Stiegl-Ambulanz. It has a great patio outside and the inside has a really nice ambient feel. Then there is Charlie P’s just north of Schottentor station, that is open a little later than other pubs in Vienna. This is an Irish Pub and serves a wide variety of beer. There is the bar Kolar, found in Stephansplatz, that is located in a little laneway made of cobblestone roads. And finally there is a neat little strip located near Spittelau station on the U6 line, that has some neat clubs and bars in the newly remodeled area under the bridge. 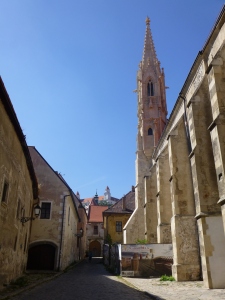 On Friday I spent the day in Bratislava, Slovakia, which is only 1 hour away from Vienna by train and it costs 14 euros for a round trip ticket. I arrived to a busy train station where English is not a prominent language. Bus tickets are cheap and the historic centre is about 2 or 3 stops away from the main train station. After spending some time finding my bearings I ended up in the centre of Bratislava’s old historical centre. It is a very small place and it can be walked through in a few hours. Bratislava was found in the 5th century AD and later was part of the Austro-Hungarian Empire until they became a sovereign country in 1994. I visited the Primatial Palace which was the former residence of the Archbishop at the end of the 1700s and it is where the Hall of Mirrors is located. There is also St. Michael’s Gate which is the only remaining gate to the city. The other 3 were destroyed by war most likely. There is also Bratislava Castle, located to the west of the Old City. It is a little walk away, and a climb up a medium sized hill, but the view of the river from the top is beautiful and the castle stands out in the sun.

St. Michael’s Gate as I walk up Kosor (pedestrian walkway)

I enjoyed a nice meal in the city centre at a restaurant that serves authentic Slovakian food. I ordered some beef goulash made with dark beer, onions, a hard boiled egg, and some chili pepper. This is served with bread of course. I also drank a beer called Saris (pronounced Sharish) which was fantastic. I will definitely look for it in Canada.

Over all my trip to these 2 countries was fantastic and I thoroughly enjoyed my time here. Vienna is familiar already, and Bratislava has the charm that small places usually do. I would recommend both to anyone. Why not go to both cities when they are so close together right?